“With such a great range of cars, it was hard to choose a winner, but Nitrotek’s HSP XSTR Buggy was such good fun we couldn’t put down the controller.”

FreeX SkyView Tutorial -- How to Set Timer on your Radio
https://www.youtube.com/watch?v=4Bs_yrmiH1o

We will be sending out orders for Xmas delivery all the way up to Wednesday 23rd December so there is still time for last minute orders.

We have made a very detailed 10 step guide to starting a nitro RC car for beginners.

A comparison between the FreeX and DJI Phantom 2 quadcopters 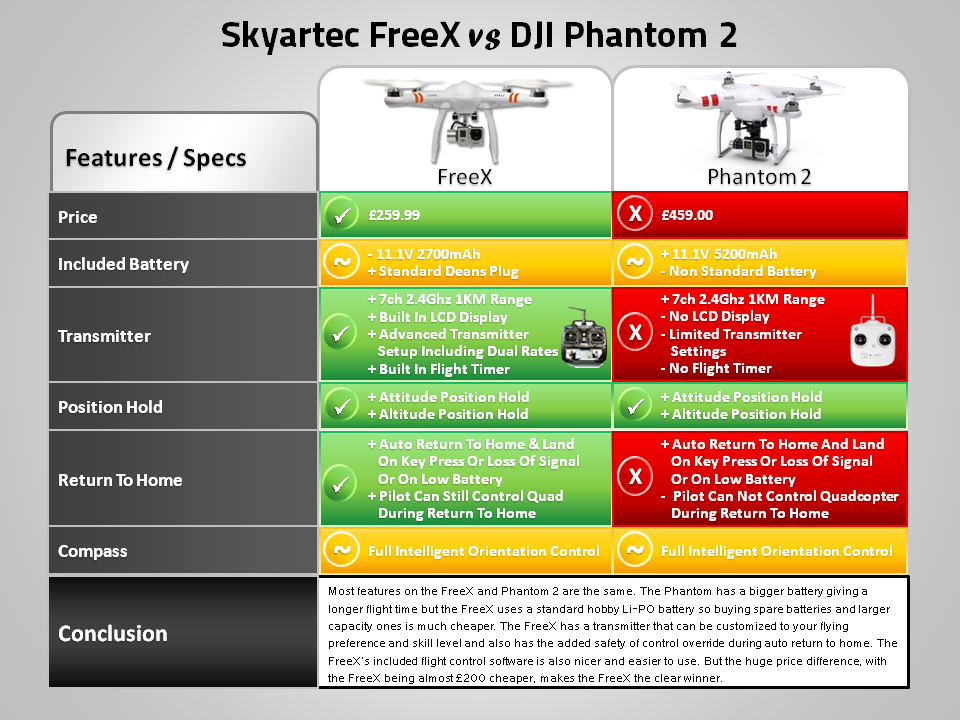 A comparison between the FreeX and the DJI Phantom 2. With the FreeX being £199 cheaper and with more features it is the clear winner. Actually for only £70 more than the Phantom 2 you could get the FreeX FPV version with video transmitter for first person view flight and OSD! The FreeX range of quadcopters are available here:http://www.nitrotek.co.uk/rc-helicopters/rc-quadcopters/shopby/skyartec.html

Last week we shared with you the amazing photos of the 1:9 Circuit Thrash... now here is the video!!

Check out the video here:https://youtu.be/hrgRsE87Riw

Take a look at the RC car here: http://www.nitrotek.co.uk/rc-cars/circuit-thrash-1-9-scale-rc-monster-truck-with-led-lights-brushless-24ghz-version.html

Exciting Annoucement - FPV FreeX is on its way...

**STOP THE PRESS***WE HAVE AN ANNOUNCEMENT**

Guess what is on Pre-Order....

The FPV FreeX - it is due to land with us around 20th November.... we will only be getting a limited amount so do not delay and pre-order today!!

Click the link to see all of the relevant information... 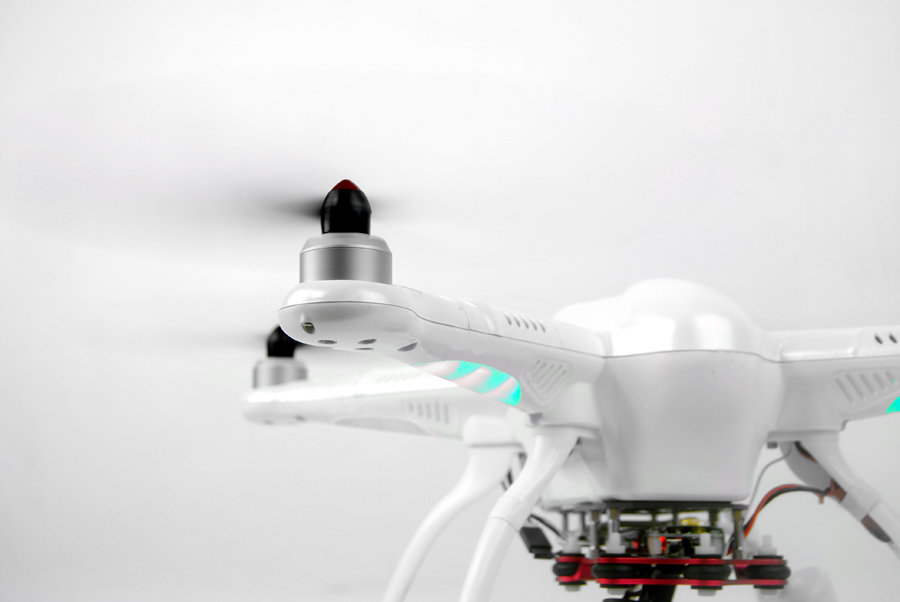 Some amazing in action shots of the Acme Circuit Thrash!!

All that mud - perfect for the 1:9th Scale off road monster truck! 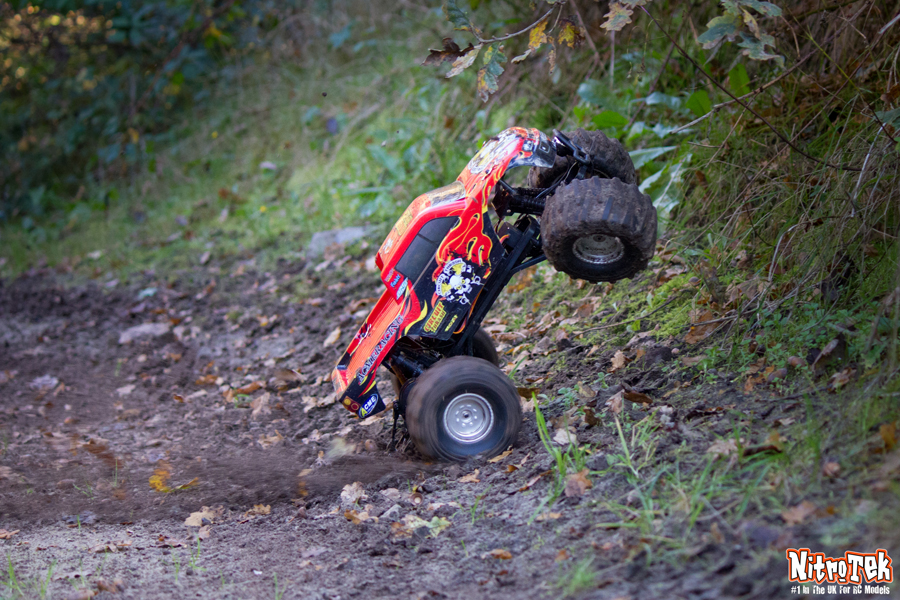 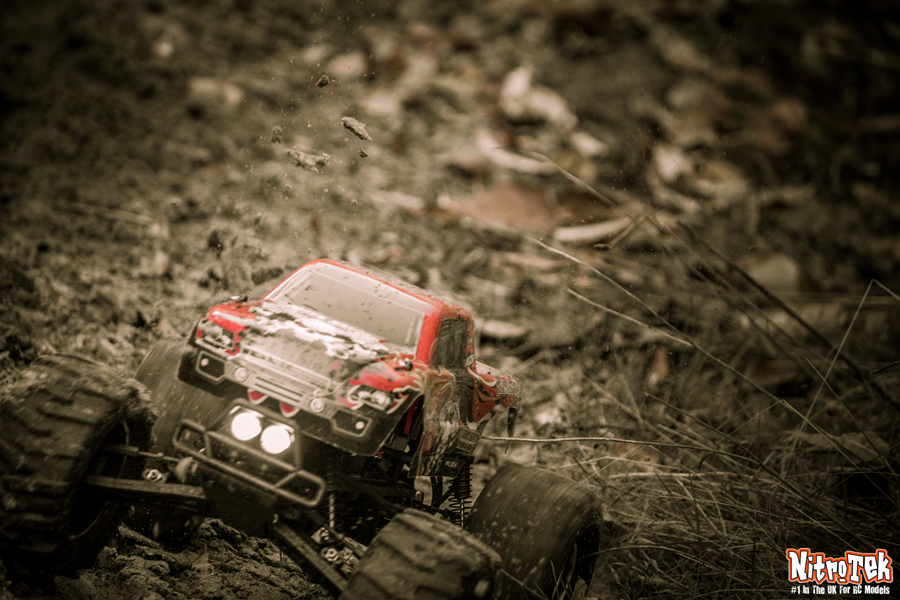 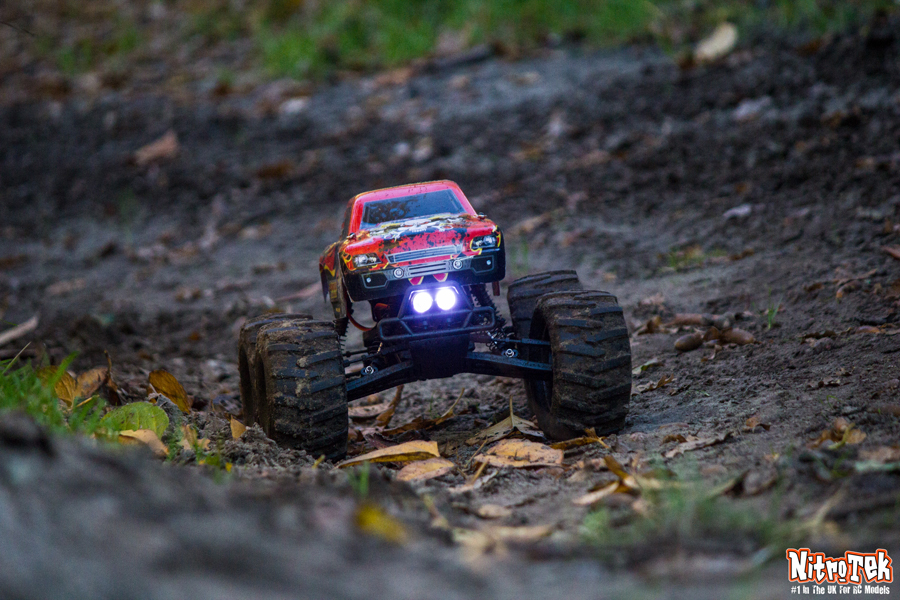 Take a look at the rest of the photos and you can also get yours here:

We hope that you have a happy and safe Halloween weekend.... but first check out this spookifying Halloween inspired video of the Acme nitro Warrior buggy!!

The video shows the Warrior scurrying round on what looks like a witch-hunt where you see the buggy racing about ducking and diving! Who or what is the nitro beast running from!!

Get your own here http://www.nitrotek.co.uk/rc-cars/nitro-petrol-cars/1-8-scale/warrior-1-8-nitro-rc-buggy-pro-version.html

First look at the FPV FreeX - Yet to be released!!

‬Christmas came early here at Nitrotek as we have been given the opportunity to try out the yet to be released FPV with telemetry OSD version of the FreeX quadcopter!

The FPV FreeX comes in a stunning aluminium box with an extendable pull handle for easy transport. On unpacking, all of the components come in their own protective compartment. These include a SkyRc E4 balance charger, USB cable for the firmware updates, propellers, various tools and a high powered 11.1v 5400Mah LiPo battery for a longer flight time even with the extra weight of the gimbal and camera.

The first thing that we noticed was the beautiful pearlescent white large fuselage and larger landing skids to accommodate the built in gimbal. Just like the standard version of the FreeX, The FPV version is nearly ready to fly out of the box. The gimbal is already pre-attached to the quadcopter so all we needed to do was insert our camera, (we have used a Xiaomi camera) attach the propellers, insert the battery, do the compass collaboration and we were ready to go!

Turning the quadcopter on, we are met with the flashing lights under the propeller arms, the usual 2 lights – indicating you are pointing north and that you are connected to the GPS. The gimbal comes to life and a quick click of the button on the gimbal and it is collaborated and is ready to shoot.

The gimbal that comes pre-attached to the quadcopter is a 2 Axis full CNC brushless gimbal. It supports most small cameras including the SJ cameras that we sell and the GoPro 3 upwards (please note that the camera is not included with the quadcopter). The camera is so very easy to attach – just loosen the 2 allen key screws, slide the bar, fit the camera, tighten the screws, plug in and away you go.

Now to the next most important component - the awesome FPV transmitter with full telemetry on-screen display, built-in 5.8Ghz video receiver, and a 95mm LCD monitor!

With the transmitter you are able to control the gimbal with the circular pad enabling you to take photos and videos from better angles. Other features include headless mode capabilities, being able to support a memory card of up to 32GB so that you can store the video footage and the ability to take videos and take photographs at a flick of a switch.

On the awesome OSD LCD display screen, it tells you an abundance of information including; flight time, distance flown, speed, current height, direction and longitude and latitude!!

All in all we are giving the FPV FreeX a massive Nitrotek thumbs up! We cannot wait to get the stock in and release it to all the quadcopter enthusiasts.

Watch this space for more information and updates on when it lands. 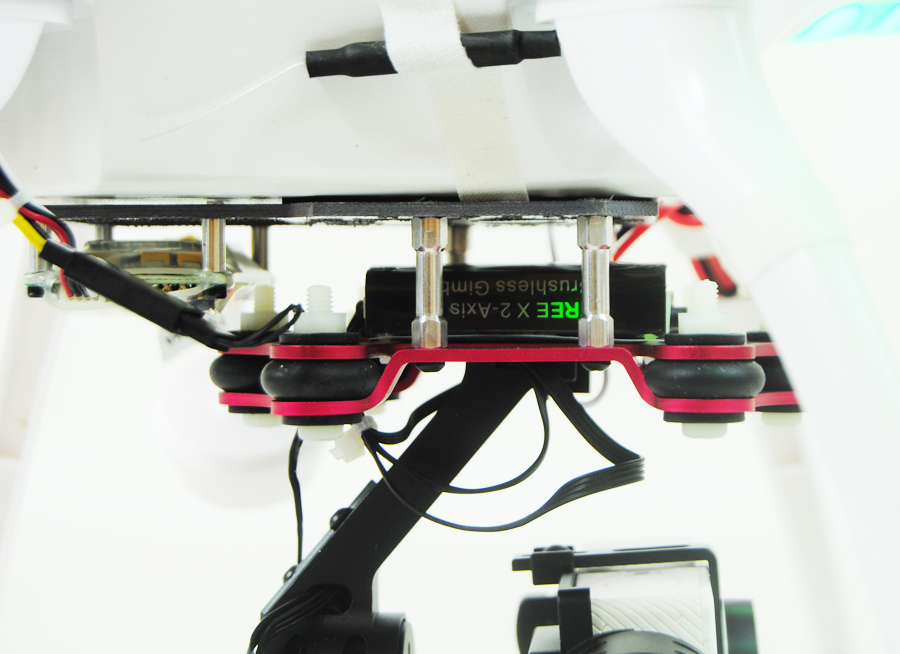 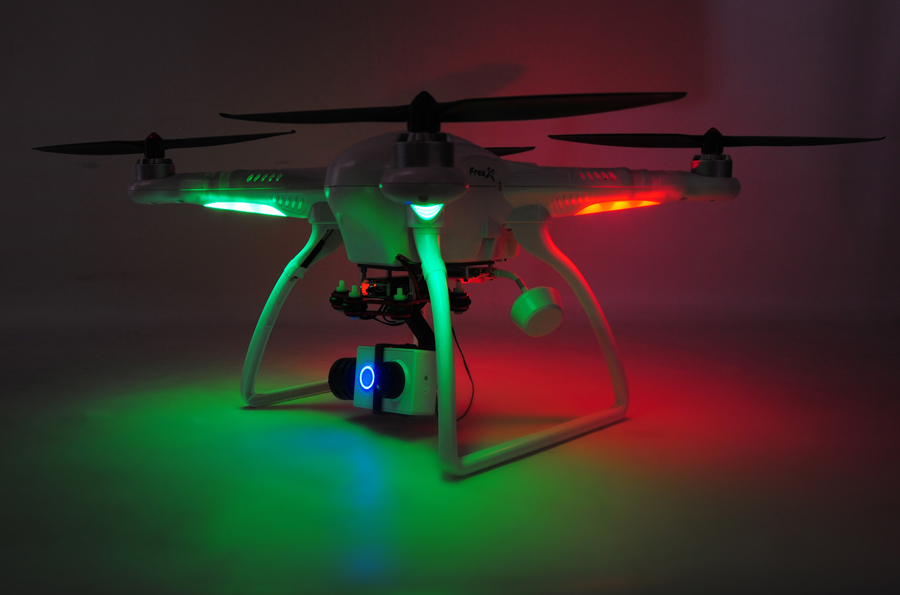 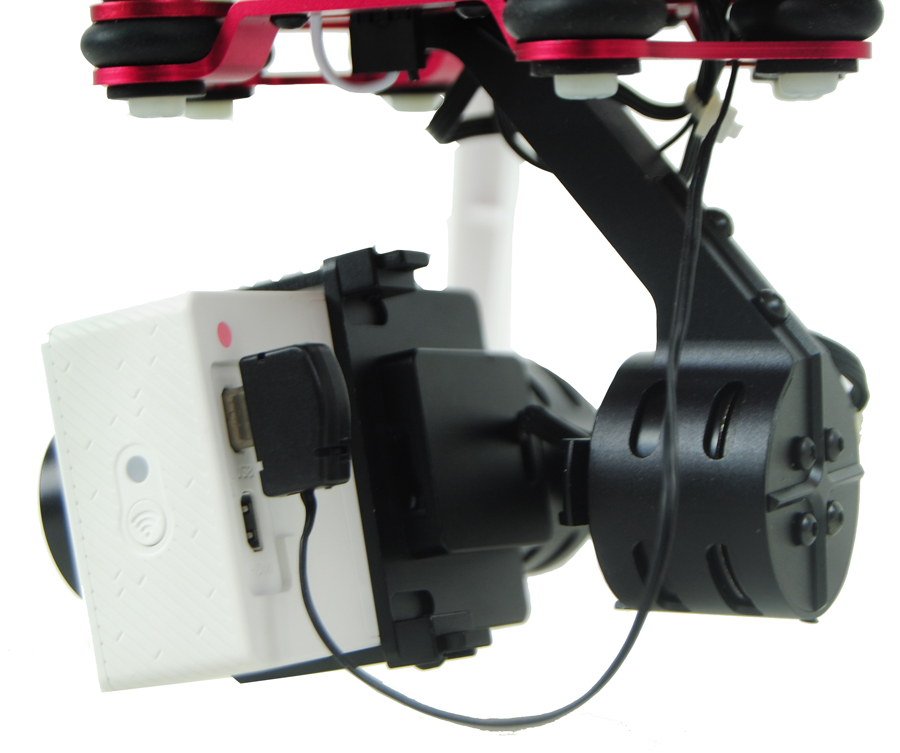 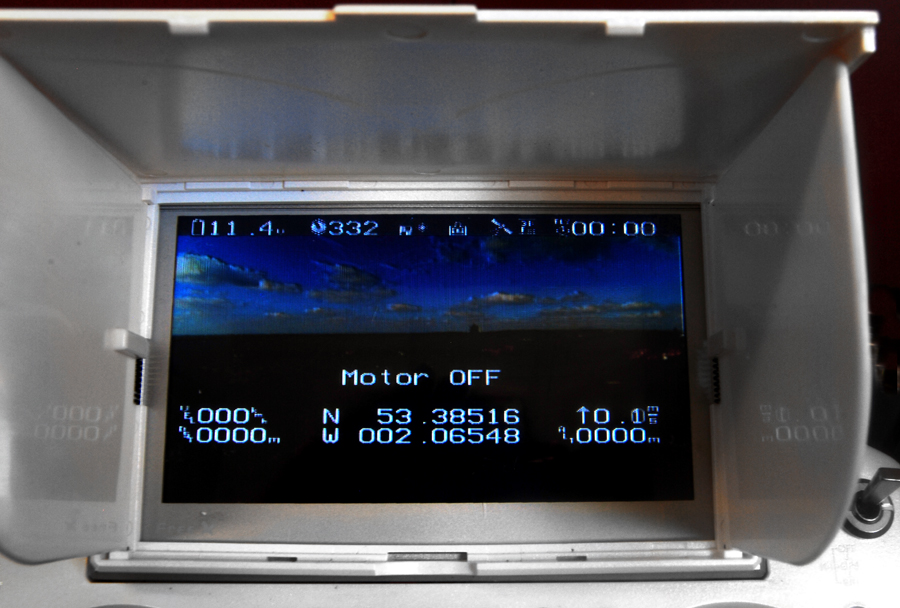 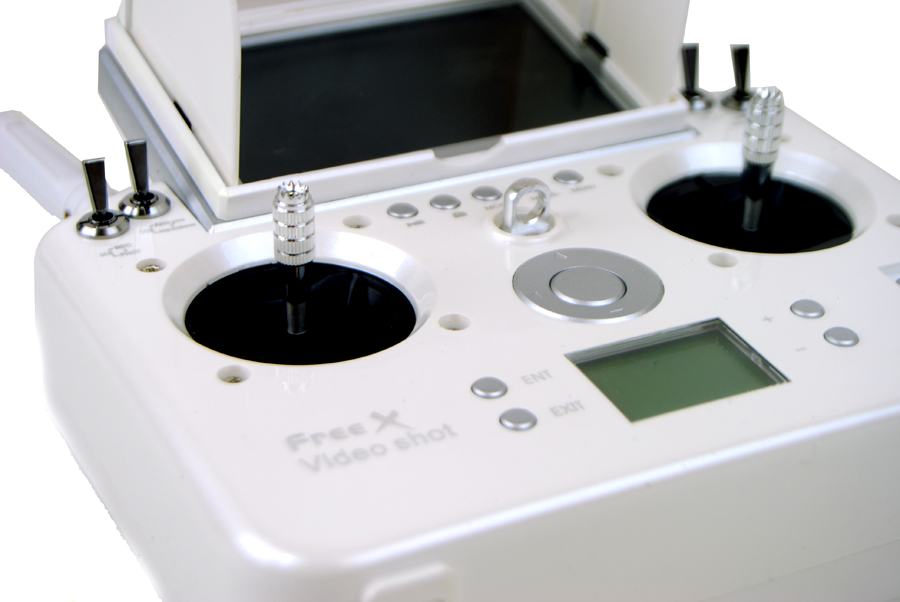 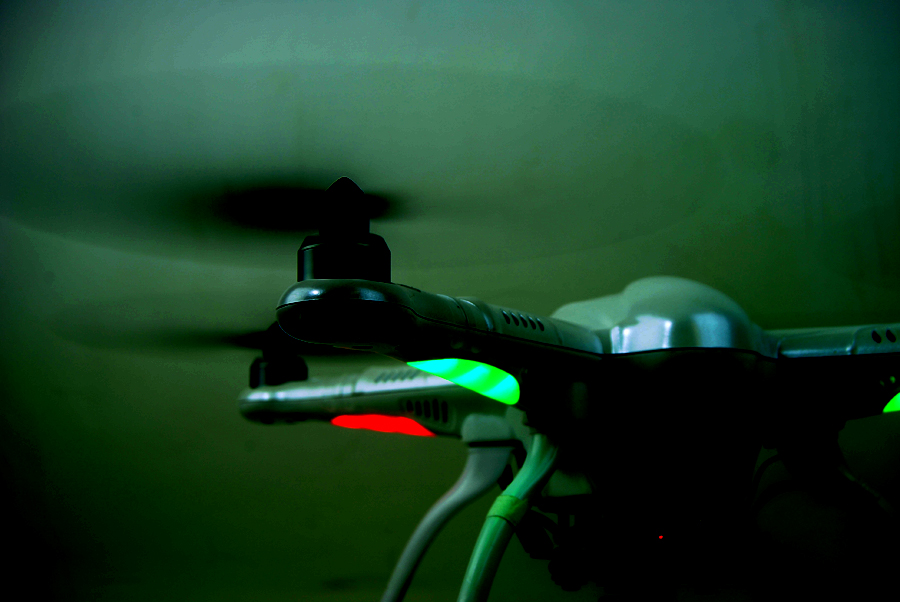 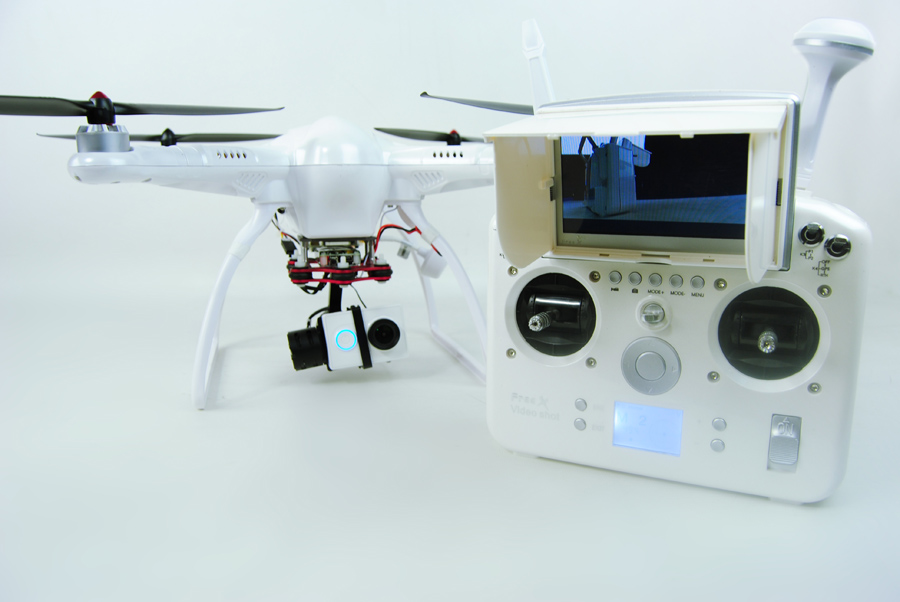